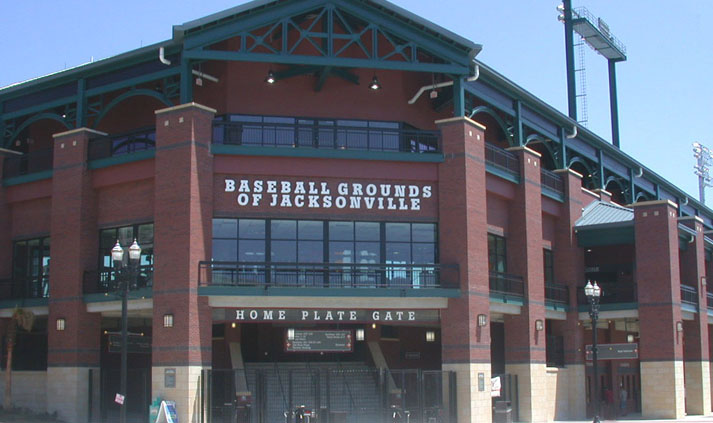 April 11, 2003 marked the beginning of a new era in professional baseball for a storied minor league franchise as the 11,000 seat Baseball Grounds of Jacksonville hosted its first game. Today, the Ballpark is home to the Jacksonville Suns, the Los Angeles Dodgers’ AA affiliate of the Southern League. The ballpark boasts many of the features of a major league ballpark such as private seating areas (12 luxury suites and 4 sky decks), an ornate free standing scoreboard and video board and the largest cantilevered roof in the minor leagues providing additional fan comfort. Much of the building’s reputed character comes from its intricately detailed brick and steel façade.

The ballpark is constructed of cast-in-place and precast concrete up to the Main Concourse and an architecturally proportioned exposed steel frame above that. The building  bears on shallow foundations with improved soils via vibro-replacement.