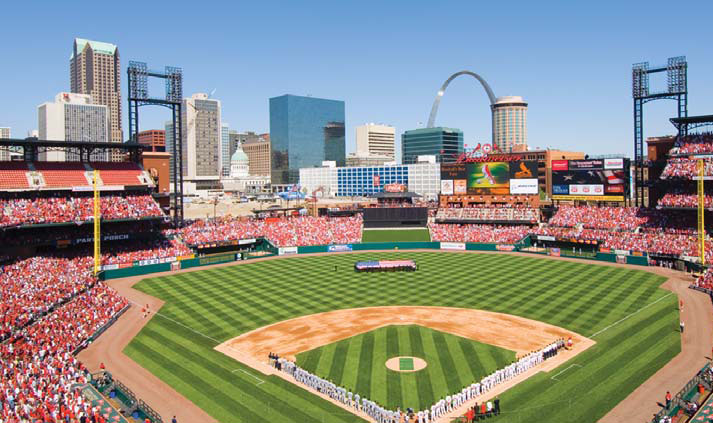 The design-build stadium project for the St. Louis Cardinals opened on April 10, 2006, and replaced the last of the “concrete donut” multipurpose stadiums built in the 1960′s. The 43,975 seat stadium includes 2,500 club seats, 63 suites and 41 party rooms. The 1,300,000 square foot ballpark is framed with cast-in-place concrete beams and one-way slabs to the Main Concourse Level and structural steel above the Main Concourse. A major feature of the project is the architecturally exposed structural steel arch at the entrance to the stadium, which emulates the historic
Eads Bridge, the first bridge to span the Mississippi River. The stadium is open at the center field for a magnificent view of the St. Louis Arch.