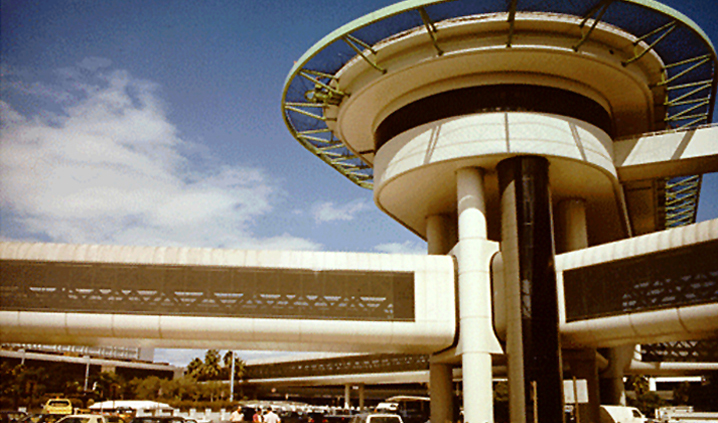 MIA has extremely limited land resources, and therefore its expansion opportunities are virtually limited to vertical stacking and overlay concepts. The 4,000 sf heliport terminal is comprised of an air conditioned check-in/arrivals-departure lounge and an open-air breezway. The breezway is linked to an upper level vestibule and the landing pad via an open stair, escalator, and a baggage/passenger lift. The arrivals/departure lounge is accessible from Garage Level 7 approximately 65’ above grade. The lounge can also be accessed from two hydraulic elevators which link the Skyport with the Terminal Wide Moving Sidewalk System.

The Skyport/Skybridge Project has constituted a major improvement to Miami International Airport’s landside infrastructure. It has updated this 1950’s vintage terminal into a viable transportation center in a highly competitive global aviation market.