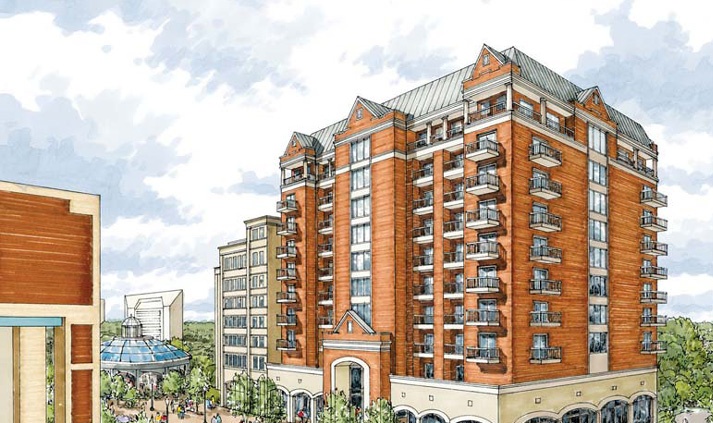 The 108 residential units Tallahassee Center consists of 11-story tower above an existing 4-story garage. The existing parking garage is partially underground and was originally designed to support six future floors only, which presented an awesome engineering challenge.

Extensive analysis was performed on the existing structure to determine its capacity to support the higher than
anticipated building and wind loads. Various structural systems were considered for the new tower, and relatively light system was chosen to overcome the higher than planned loads from the taller building so not to overload the existing structure and foundations.